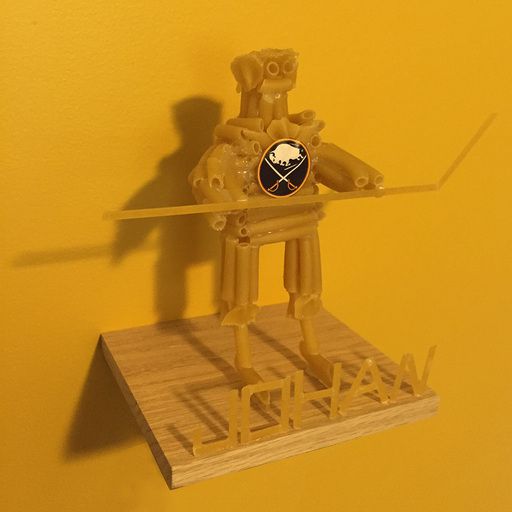 I have called Rochester my home since birth, never having lived or worked more than 10 miles from the house in which I grew up. While some may consider that crazy, I like to think it demonstrates just how much I love it here. ----- My love for hockey blossomed in the 90s, sparked by the Amerks Calder Cup championship of 1996. Some of the kids graduated to Buffalo and nearly helped give the Sabres a championship in 1999. The developmental pipeline continued into the new century as the Sabres sustained their dominance... before everything went wrong. ----- My favorite players through the decades - for better or for worse - have been Steve Sheilds, Drew Stafford, and Johan Larsson. I sure do know how to pick 'em... just like my favorite teams... I live so that one day I might finally see the Sabres, the Pirates, or the Bills finally win a championship. ----- By day I'm in tech support, but I spend most of my down time making music, playing or going to see live shows, and feeding three insatiable cats.

Checking in on the Rochester Americans

What to expect from the team in the 585.

The Amerks are scheduled to open their 65th season on Friday night.

Is There Room For Zach Bogosian In Rochester?

Where would the veteran defenseman fit into a loaded Amerks blueline?

The Amerks are now the owners of a 7-game losing streak.

The Amerks are slumping, but a young Finn has arrived and he’s ready to make his season debut.

The Amerks seem to be struggling a bit for the first time all season.

Despite two losses last week, the Amerks retain the division lead as they move forward toward the second half of the AHL season.

The points streak is over, but reinforcements have finally arrived.

Oglevie and Murray remain red-hot for an Amerks team with points in ten straight games!