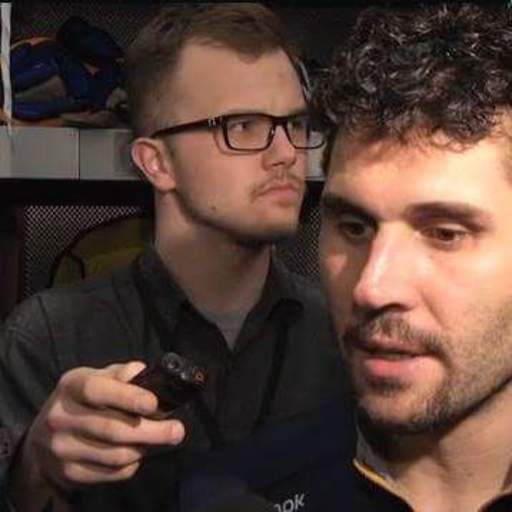 Ryan Wolfe is a lifelong writer who found his niche within the game of hockey. Born and raised in Rochester, New York, Ryan has worked for a bevy of outlets throughout the industry and continues to work his way up the sportswriting ladder. He is a firm believer that there was a foot in the crease and that a healthy Sabres playoff team would have won the 2006 Stanley Cup.

Sabres Host Flyers in First Half of Home and Home

Buffalo hosts Philadelphia for the first of two games in two days.

Buffalo found themselves falling flat against the high-powered Lightning.

Sabres look to close out their road trip in style.

Buffalo’s trip brings them to Sunrise this evening.

Sabres wrap up home-and-home in Raleigh.

Buffalo looks to stop Carolina, who is set to break 100 points.

While the Sabres host the Predators, tonight is all about Rick Jeanneret.

Sabres Struggle With Leads, Pull Out Win in Shootout

Buffalo’s inability to put Pittsburgh away in regulation almost cost them.