Word about town is Lou Lamoriello (which my auto-correct insisted I change to 'Mozzerella' for some reason) is looking to make a move to facilitate an agreed upon, but not yet finalized deal to make Nazem Kadri an Islander. The prime suspect, according to rumors and heresay and questionable internet hockey boards, is Joshua (middlename) Bailey, and his 2year, 5mil per, contract. 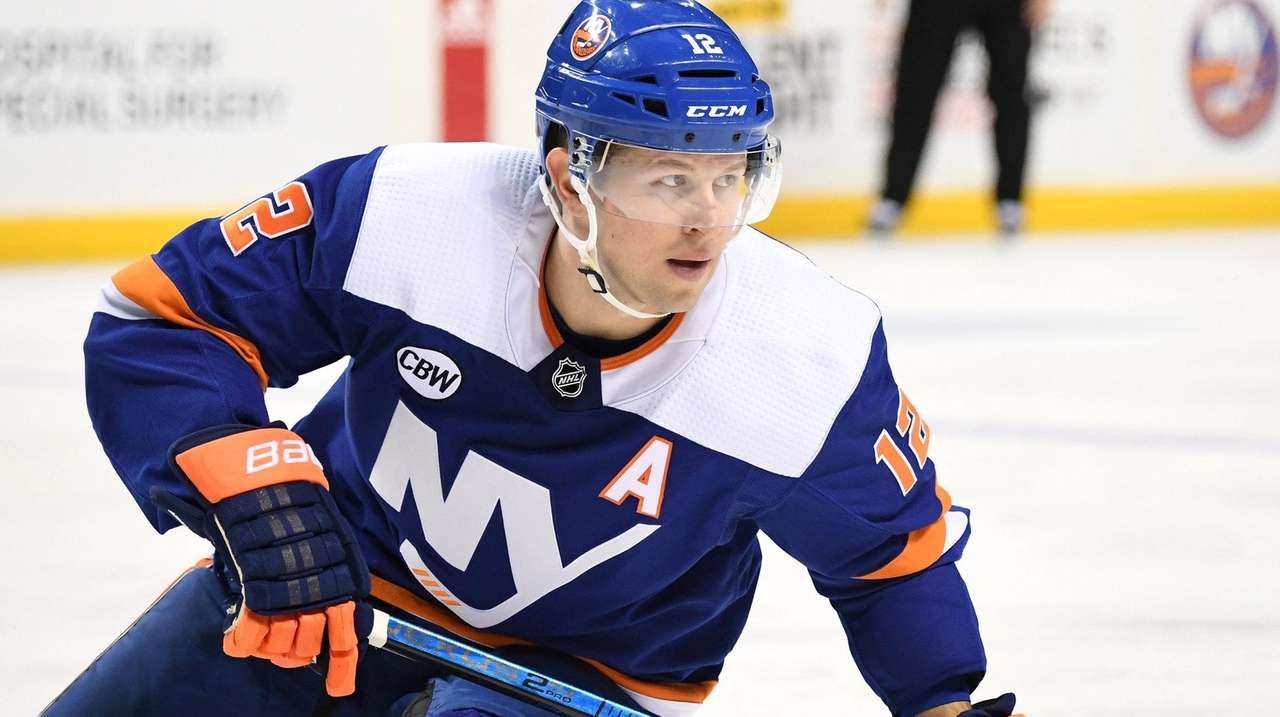 We can safely assume that Lou's opening offer is something like:

To BUF: Josh Bailey, Lou's laundry, the junk in his garage, and all the leaves in his gutters he just hasn't got round to dealing with yet.
To NYI: Two first round picks, Owen Power (all salary retained), Sabretooth, Free wings at every bar in town whenever he visits

Now, that's a pretty good deal for Lou, and I might be credibly accused of being unfair to the guy here, but it's clearly a joke, so let's look at something closer to equitable.

Perhaps a little underwhelming I know, but hear me out;

Lou will want to make cap space to fit Kadri, and beef up their depth a little. Kadri slots in to Bailey's roster spot, and a Half price Olofsson represents, at the very least, a good threat addition to their second PP unit, if not their first, depending on the inevitable shuffle their special teams undergo this year. 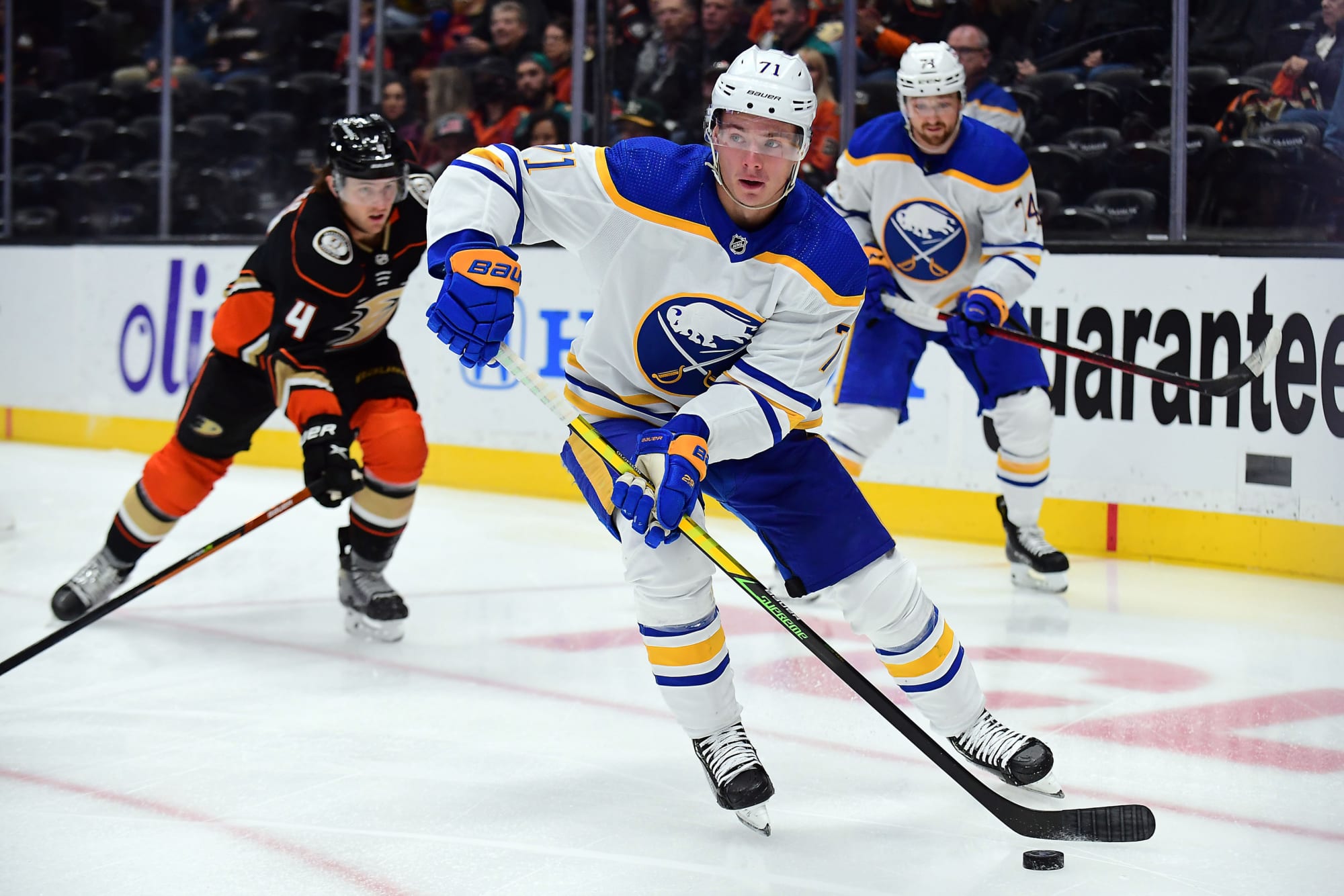 He'll slot in on their third line, probably bumping Parise, and do just fine sliding up to second line as needed for injuries or whatever.
In all, they're opening up an extra 2.375M on top of the 11.1M Cap friendly tells me they're sitting on at time of writing.

Dealing Olofsson, after the rumored friction in negotiation over the summer lets that air clear quickly heading in to camp. It also opens up a spot in the presumptive top 6 for a Jack Quinn or a JJP to make a statement at camp and play their way in to big role early, either in said top 6, or on the powerplay.
Bailey slots on to a wing opposite old running mate, ( and sure to be next Captain of the Sabres) Kyle Okposo. 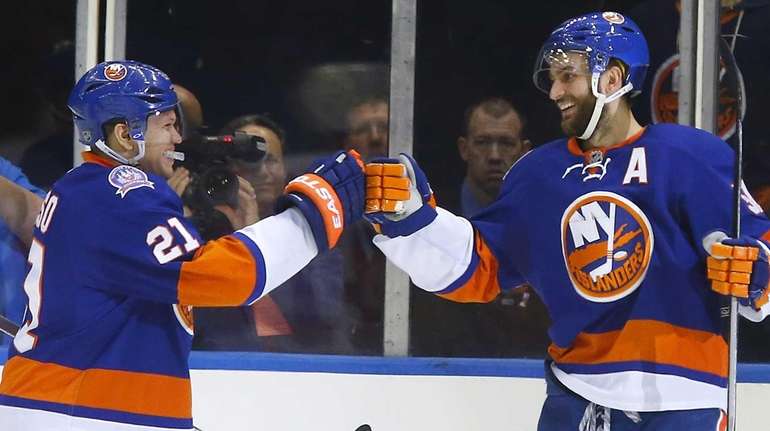 Slot them either side of either Zemgus to set your 4th line, or possibly Mitts, to see if he has what it takes to play pivot.
Effectively paying 7and a half mil for Bailey (his full 5M, + half Olofsson) for the life of his contract is steep, sure, and maybe you've got a little tap dancing to do with 5 RFA extensions to look at next season, but of those, Thompson, Cozens and Samuelsson are the ones to worry over, and Okposo will get an extension if he wants one on team friendly money, but all the other UFA's get a handshake and a "good luck". if Kevyn can't get that done with the 20odd Million in cap he has, we're fucked anyways.
All that for a 4th 2nd rounder you almost certainly use to move up the board at draft day seems like a decent exercise in asset management to me (but I am mad biased).

In conclusion, Lou's known for being particular, so we know we'll never see anything like a landslide "won the trade" situation, and that's fine. He gets a little extra wiggle room under the cap, and adds a legitimate, if provably single use, offensive weapon to his stable. Sometimes you end up better off in the long run by stepping sideways and getting value in flexibility, and I think this deal has that for Buffalo. the Cap floor shouldn't need additional maneuvering to reach with elements of your new core reaching extension time, and you've got an extra asset in hand to deal with on the draft floor next year.