With the season opener bearing down on us, let's take a look at three of the most important issues facing the Buffalo Sabres in the coming weeks.

1. Who will be their starting goaltender?

For the first time in many years, the crease is up for grabs in Buffalo thanks to the departure of Ryan Miller. The two candidates vying for the starting gig are Jhonas Enroth and Michal Neuvirth, two talented but unproven netminders looking for the chance to become a starting goalie in the NHL.

So far Enroth looks to be the front-runner thanks both to his own shutout of the Carolina Hurricanes earlier this week and Neuvirth's six-goal implosion against Toronto. Enroth is talented to be sure, but has also proven to be extremely streaky throughout his backup career. The argument for him was always "of course he's streaky, he never gets to play", but should he win the starting gig, that won't be an issue. Regardless of who the starter is, the Sabres will need excellent goaltending to avoid the league's basement for a second straight year.

2. Who will be named captain? 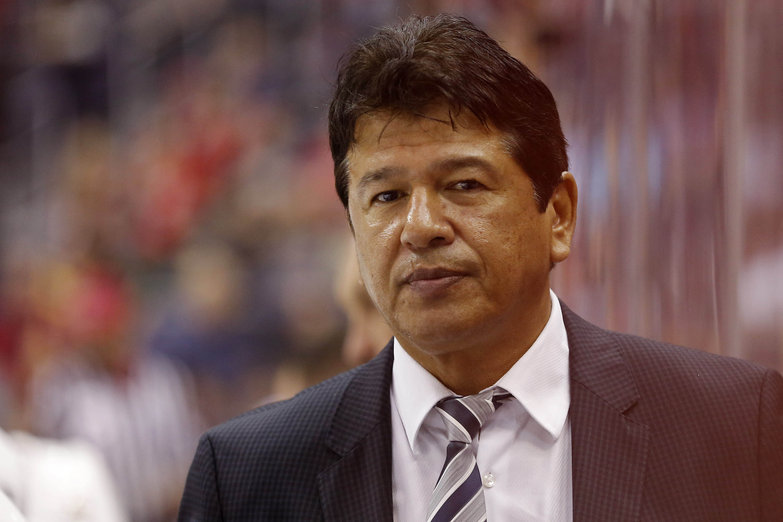 All the Buffalo Sabres preseason games, roster maneuvers, and news you need to know is in our preseason Story Stream.

This year, the Sabres have an odd mix of talented 20-year olds and aging veterans, with not much in the middle. Players like Zemgus Girgensons and Rasmus Ristolainen might be future captain material, but it would be a fairly big risk to give the C to someone with only one year in the league. Look for Ted Nolan to name newcomer Brian Gionta, dark horse candidate Drew Stafford, or go with a rotating captaincy to tide things over until one of the youngsters is ready to fully step in to the role.

3. Which young players will stay in Buffalo?

As odd as it sounds, this season for the Sabres is really about next season. Starting with the 2015 draft, where they hope to be picking #1, next season is the year this whole rebuild process is targeting for success. As for this year, the Sabres have plenty of talented young players who could learn a whole lot about playing in the NHL this season, but with a 30th place finish looming, there's an argument to be made for plenty of them to stay in the minors for another year.

It starts with #2 pick in the 2014 draft Sam Reinhart, the talented center with crazy vision and playmaking skills. Reinhart has the hands and the mind to hack it in the big league, but will the Sabres burn a year of his entry level contract and put him up against the big NHL bodies that Reinhart probably isn't ready to face quite yet? They probably with they could redo the Mikhail Grigorenko debacle, but after a much-improved preseason, will Grigorenko finally stay in Buffalo, or head back down to Rochester?

Mark Pysyk, Rasmus Ristolainen, Nikita Zadorov and Johan Larsson are also players who will absolutely be part of a playoff hopeful in another year or two, but could also benefit from being top dog for another season on their respective minor league teams. How the Sabres handle their development will be a crucial part of their organizational rebuild, and will also have huge implications on how the team finishes this season.