2014 NHL Draft: Why the Sabres should draft Sam Reinhart

Over the next week, let's take one final look at the potential candidates for the Sabres to take at #2, and make the argument for why each of them should be drafted by Buffalo.

Share All sharing options for: 2014 NHL Draft: Why the Sabres should draft Sam Reinhart

A week or so ago, we made the Buffalo Sabres first round pick in the 2014 SBN Mock Draft and decided to go with Sam Bennett, a decision that many of you agreed with. But over the next few days, we'll spend some time talking about why Tim Murray and company might want to look at one of the other "big four" players. Today, we'll explore why the Sabres should draft Sam Reinhart, who makes a compelling case to be taken at #2 overall. Without further ado, here we go.

Quick, name a player on the Sabres roster who has an attribute - any attribute - that you would feel comfortable classifying as "elite". Tyler Myers has elite height, and I'd argue that Zemgus Girgensons has elite heart/grit/compete, though that can't really be quantified. Aside from that....yeah, there's not much elite anything that Sabres fans will see on the ice next season.

Whichever team is lucky enough to draft Sam Reinhart will gain a player who brings an elite skill to the table from day one. Call it playmaking, call it vision, call it Hockey IQ(tm), but whatever you call it, Reinhart has it in spades. The Sabres, as they currently stand, don't have anything in spades. Maybe the three of spades. 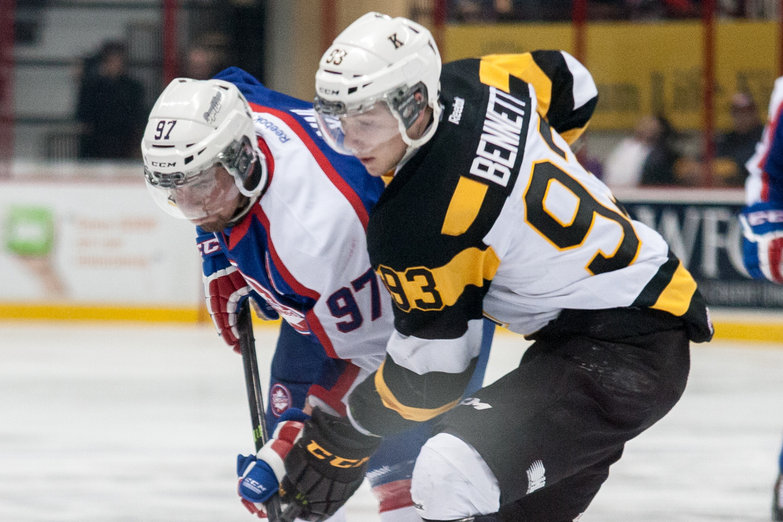 Remind yourself why we thought the Sabres should take Bennett in our 2014 SBN mock draft.

Here's a player who can think and see the game at an elite level, who knows how to control play by accelerating or slowing the tempo of the game, and will make anyone he plays with look better just by sharing the same ice. Should he start next season in Buffalo, he could instantly jump up to the top-six, and should be featured on the power play, where he racks up the points - 105 in total for this season.

That's not to say Reinhart doesn't bring anything else to the table - he's got a nice shot, is a good skater, and plays very well in his own end, all important things for a top center. Though sift-spoken in interviews, he's shown solid leadership abilities, and has shown poise beyond his years.

Reinhart isn't quite as good as some of his peers in certain areas, but he does bring one elite skill (and other very good skills) to the Sabres team, something which the Buffalo organization needs more of if they ever plan on competing for a Stanley Cup. Assuming the choice is Bennett or Reinhart (we'll get to the rest later this week) who would you prefer the Sabres to take?