NHL Trade Deadline: Opinions on Halak, Stewart, and Carrier from the Blues perspective

After the trade with the St. Louis Blues was confirmed, we reached out to some bloggers from St. Louis Game Time for a different perspective on the Sabres newest players.

Share All sharing options for: NHL Trade Deadline: Opinions on Halak, Stewart, and Carrier from the Blues perspective

We hear first from SLGT writer RealBadRobot on Jaroslav Halak and Chris Stewart:

I am honestly quite sad to see Halak go, he is a great goaltender when he is on his game. These past few years I have seen him do phenomenal things. He unfortunately, has a bad injury track record as well as some pretty bad games that have not helped him gain any love in St. Louis. I am of the opinion that the Lou is very hard on its 'tenders. There is a lot of fan blame that ends up on their shoulders that I feel is not warranted, as is the case with Jaro. He has taken this in stride and has always been the first to point out when he does not play his best. Sometimes I feel that he's trying to hard, and that is one of his downfalls mentally.

Keep up with the Sabres other big story 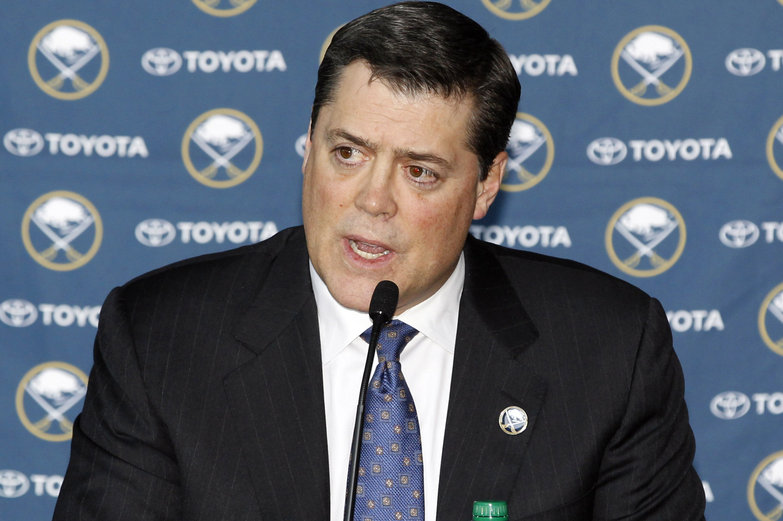 Everything you need to be up to speed on the resignation of Pat LaFontaine and the shakeup in the Buffalo front office.

One of the biggest things I love about him is his calm and collected nature. He never seems to get really nervous and can make that game-saving play when he is at his best. With that said, when he is not on his game, it's a completely different story. He has been known to let in a soft goal here and there and doesn't seem to do well when the opposition has a low shot count or minimal pressure. (Ed note: I don't think he'll have that problem in Buffalo) So far this season, I credit Jaro as being a BIG part of where the Blues are at in the standings. He has had his best season this year and his additional summer training has seemed to benefit him. I have enjoyed the time Jaro has spent in the Bluenote and I'm quite honestly sad to see him go, but I wish him the best with the Sabres.

I have been all for trading Chris Stewart since three months into this season. He just hasn't found his role on this Blues team. He was our leading scorer last season and has shown spurts of that every 8 or 9 games or so. I, and other Blues fans, know that he has the potential to be better, and we have found him to be a frustrating head case. I feel that the change of location could invigorate him into the old power forward we have seen from him in the past. As a person he is a very down to earth guy and very loyal to his team mates. I think Stewie has the potential to do very well in Buffalo and can be an asset to the team if he can find some consistency.

For thoughts on William Carrier, we turn to SLGT prospect writer Tomorrow's Blues:

The Blues thought highly enough of Carrier to trade up to select him, dealing three picks in last year's draft to do so, and also thought enough of him to sign him to an ELC within days of the draft.

He's a power forward, with decent size and a power forward's attitude and mindset. He has been pretty much a point-per-game player for his entire QMJHL career, for what that's worth, and his upside is a second-line supplementary scorer on a second-tier NHL club, or a dangerous and effective third-liner on a contender.

Thanks to the writers at St. Louis Game Time for their thoughts, and be sure to check out SLGT to keep up with Ryan Miller and Steve Ott (and the progress of Buffalo's shiny new conditional draft pick).