The Buffalo Sabres finally unveiled their new third jersey today, and according to the internet, they are the worst thing ever created by mankind - sorry atomic bomb.

Earlier today, the Sabres tweeted out their most asinine "sneak peek" photo yet of their new third jersey, a comically zoomed-in picture that was nothing but a patch of blue. For hours, fans and other media members ripped the team for being so inept in the whole third jersey process.

Then, out of nowhere, the Sabres unveiled the new third jersey and promptly confirmed exactly what everyone had spent the last few hours saying.

And here's the back @BuffaloSabres pic.twitter.com/p8zi0I9PVM

Turns out the whole sneak peek thing was a staged production that used (an admittedly game) Steve Ott to attempt to be clever. Really, it just served to aggravate fans to the point where almost no jersey design could have eased the general frustration, let alone this.

The list of fashion faux pas on display here is long - should we talk about the awful collar/weird-font BUFFALO on the top, or the grey sleeve tips? How about the two tones of gold between jersey and logo, or the grey numbers? Were the Sabres trying to be the NHL's version of the University of Oregon here? If their goal was to stand out, they've certainly accomplished that, but we'll see if opinions are still this negative once everybody's had a chance to see the new jerseys in action.

As for how you guys feel, I think we'll need to resort to the world of medicine to figure it out... 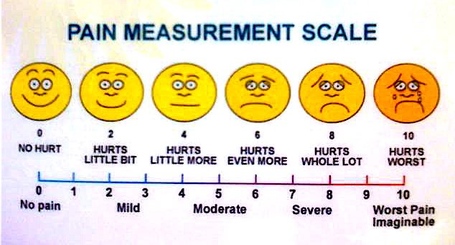 Buffalo Sabres Third Jersey Updates: All The Videos, Photos, and Information We Know About The New Alternate Sweater