Sabres v. Panthers - By the Numbers

Sabres show more life, but lose in a shootout.

Share All sharing options for: Sabres v. Panthers - By the Numbers

Well, at least this game was fun to watch. After an uninspired effort in Tampa Bay, the Sabres showed up to play against the Florida Panthers. Unfortunately, they continue to make big mistakes that end up in the back of the net. 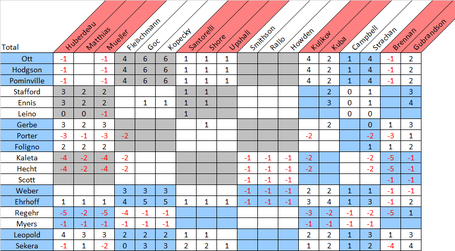