Sabres v. Lightning - By the Numbers

Sabres offense flutters in loss to the Lightning.

Share All sharing options for: Sabres v. Lightning - By the Numbers

The Buffalo Sabres season is hanging by a thread and they had one of their worst games of the season. The Sabres were only able to get 14 shots on goal and a total of four scoring chances. The Sabres didn't play like a team that was desperate to make the playoffs, they played like a team that has given up. Maybe the coaching change wasn't as positive as some of us thought it would be. Maybe I should be giving the Lightning more credit for stifling the Sabres offense. 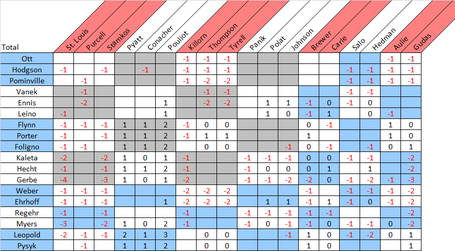