Scoring chances from the Sabres come from behind shootout victory on Thursday night.

Just when you thought Thomas Vanek had shown you everything he does the unthinkable and ties the game with less than two seconds remaining to help the Sabres to a 5-4 shootout victory. Vanek's heroics are what people will remember from the win, but it was almost the game that got away.

The Sabres failed to convert plenty of chances including a 5-on-3 advantage in the second period. Despite out-chancing the Canadiens most of the game the Sabres found themselves down by two goals in the third period. That is when Vanek took over, converting a power play midway through the period and eventually tying the game late. Maybe this will be the win that can turn the Sabres season around. 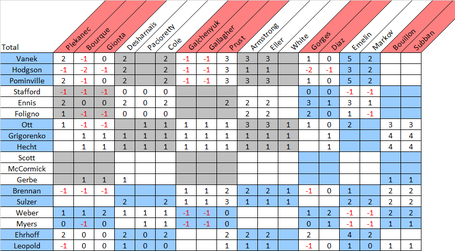