Scoring chances from the Sabres 4-3 loss to the Panthers on Super Bowl Sunday.

This was a game the Buffalo Sabres should have won. The line of Jochen Hecht, Tyler Ennis and Marcus Foligno had numerous chances in the second and third period, but they couldn't connect on a goal. It is encouraging to see another line start to get chances, but until they learn how to finish the Sabres will continue to be a one line team. Once again all the goals came when the Hodgson, Vanek and Pominville line were on the ice. 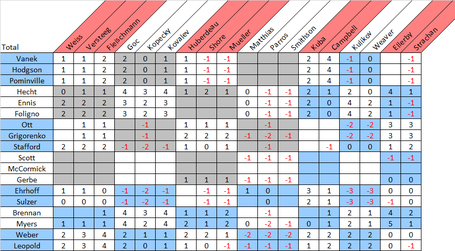