Scoring chances from the Sabres disgraceful 6-1 loss in Montreal on Saturday afternoon. 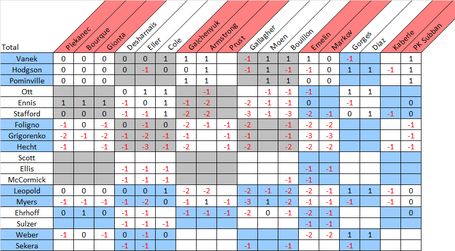