A look at the scoring chances and Corsi ratings from the Sabres 2-1 loss to the Winnipeg Jets on Tuesday night.

I thought this would be a good opportunity to think about something other than Lindy Ruff. Of course, these numbers are directly related to Lindy Ruff getting fired according to Darcy Regier. Here is a look at the numbers that eventually got Lindy Ruff fired. 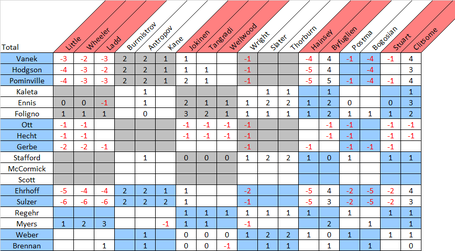