A look at the unflattering stat line from the Sabres 3-2 victory on Long Island on Saturday night.

The Buffalo Sabres were able to steal two points from the New York Islanders on Saturday night. Thank you Ryan Miller. 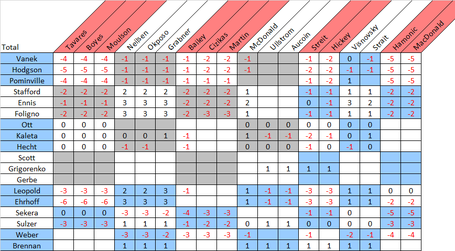