Tracking the scoring chances in the Sabres 3-2 loss to the Washington Capitals.

If there was one positive in this game, it was the play of Tyler Ennis and Marcus Foligno. They had been mostly invisible in the first four games, but they provided the Sabres with their only offense on Sunday in Washington. This could prove to be important for the Sabres once Thomas Vanek returns from his injury. 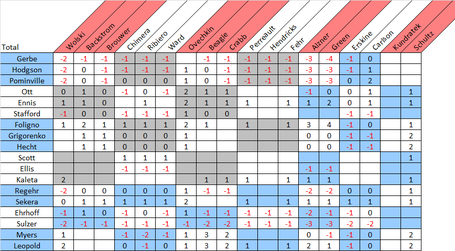