This is not going to be a full recap. I'll just say that the better team won on Thursday night in Boston. The Sabres were beaten in almost every aspect of the game and Boston deserved the two points. It is still unfortunate the Sabres couldn't hang on and get at least a point. 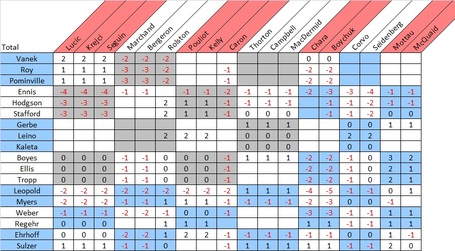