The Sabres remain in the hunt because of their 2-1 win over the New York Islanders. They played one of their best games of the season until the final 10 minutes when the Islanders turned up the heat a bit and had the Sabres scrambling in their own zone. In the end they were able to hang on for an important two points. If you would like to read a full recap click here. 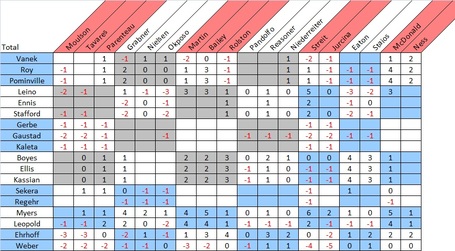