Good news for those of you that check in to SB Nation sites via mobile.

Since the SB Nation United update went live a few weeks ago, the tech team has been hard at work listening to community feedback and making as many changes, tweaks, and improvements as possible. Today, they've announced another big one: an update to the mobile site.

If you use an iPhone, Android, or I suppose Blackberries are still a thing, then you'll notice something quite different about the look of SB Nation sites the next time you log on to the mobile site. The tech team at Vox Media has made some nice changes including:

- Making the look of the site more text and less giant-image-based. This will lead to faster load times and easier navigation.

- More prominently featuring FanPosts and FanShots at the top of the mobile page.

- Stripping much of the "extra stuff" that wasn't very useful on mobile and slowed the load times more than they benefited the user.

Here's a sneak peek at the new mobile look - check it out and let us know what you think. 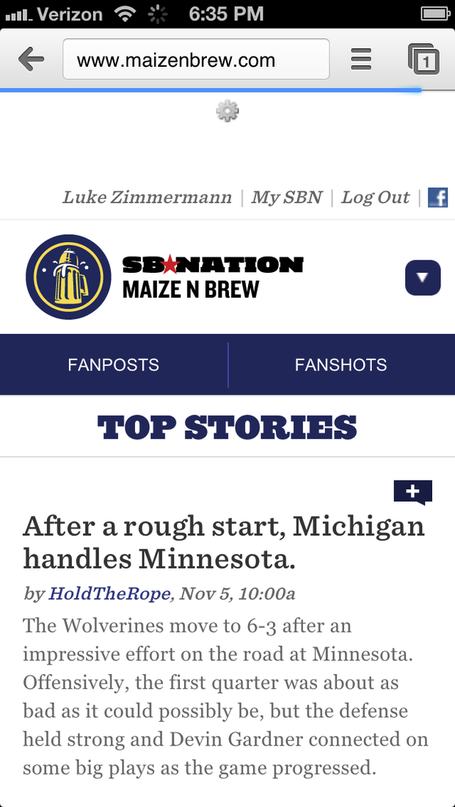