It was another night to forget for the Buffalo Sabres at the First Niagara Center. They spotted the Detroit Red Wings a three goal lead and they were never able to recover. The Sabres played a decent game in the final two periods but the Red Wings are too tough a team to come from behind. 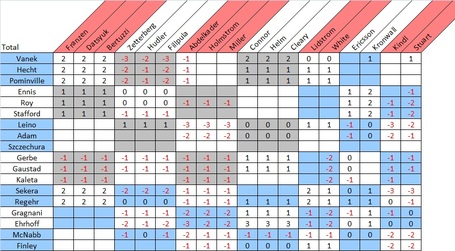