Buffalo Sabres Weekend - By the Numbers

Share All sharing options for: Buffalo Sabres Weekend - By the Numbers

The tale of two games. The Sabres came out of a back-to-back situation with two points and possibly the more important two points. Most of us would agree that beating Toronto was more important than beating Pittsburgh. Still it is difficult to get excited about this team.

Unlike many of you, I am not ready to jump off a bridge yet. The Sabres are decimated by injuries and yet they are still in the playoff picture. We should be counting our blessings instead of criticizing everything the team does.

This weekend could have very easily been a pair of losses. The Sabres were outplayed in both games, but they received better goaltending on Friday night. Either that or the Leafs can't finish. It was two points nonetheless.

The Ugly stats will be combined below. 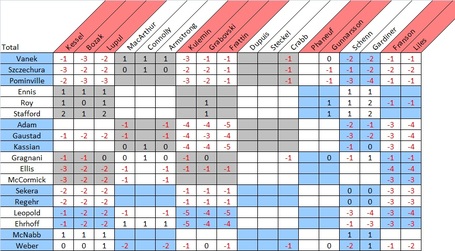 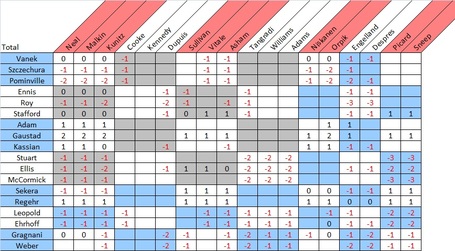