It was another slow start on home ice for the Sabres, and in the end, it was too much for them to overcome. An early two goal deficit ended up being the difference in the game.

The Sabres generated more chances then we are used to seeing against a New Jersey Devils squad, but Martin Brodeur played like he was young again. Brodeur made at least three or four outstanding saves that kept his team in the lead. There was a save on Pominville in the second period that reminded me of games when Broduer played against Dominik Hasek.

Buffalo did some good things and hopefully they build on those positives for the weekend. It wasn't a particularly strong game for Enroth and it will be interesting to see how he bounces back with back-to-back games this weekend. 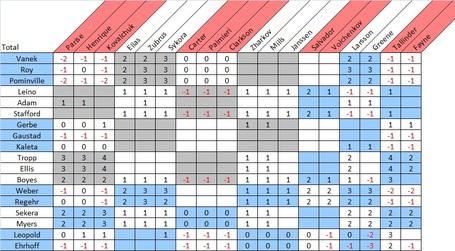