The Buffalo Sabres were progressively better as the game went on. After a rather weak showing in the first period, the Sabres picked up their play in the second. Unfortunately it was the Canadiens that scored twice in the period. A breakdown on the power play and bit of a lucky bounce put Buffalo down 2-0.

The Sabres responded with their best third period of the season. Lindy Ruff decided to reunite Derek Roy and Thomas Vanek and the decision paid off. Roy, Vanek and Pominville set the tone early in the third period. Pominville scored 53 seconds into the period and the Sabres stole the momentum from that point.

Derek Roy tied the game late in the third and Buffalo eventually won in a shootout. It wasn't the most pretty game this team has played but it was a gutsy come from behind win on the road. The team should walk with their heads held high. 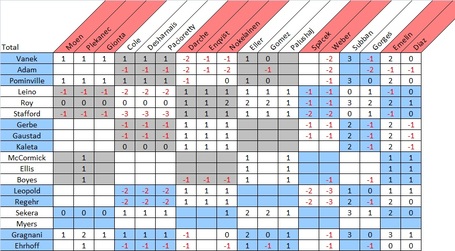