The Sabres were pushed around and intimidated by a bigger, stronger Boston Bruins team. That is usually the recipe for disaster and it was just that on Saturday night. The Bruins pushed and the Sabres did not push back, that resulted in an embarrassing 6-2 loss for the Buffalo Sabres.

It was a low chance game for both sides but the Sabres could not generate anything in the way of chances against the stingy Boston defense. The numbers below will show you how thoroughly the Sabres were outplayed. 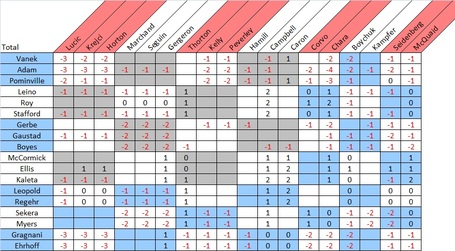