We all wanted the Buffalo Sabres to start winning on home ice and they did just that on Friday night. It was an impressive 5-1 victory over a division rival. The final score was 5-1 but this game was about the Buffalo Sabres defense.

The defense has been much maligned and they passed the test in this game. It was a low chance game for both teams but the Sabres were able to take advantage of their chances and Ottawa was not. The shots on goal were lopsided in favor of Ottawa but most of those shots were from the outside, giving Jhonas Enroth a rather easy night. 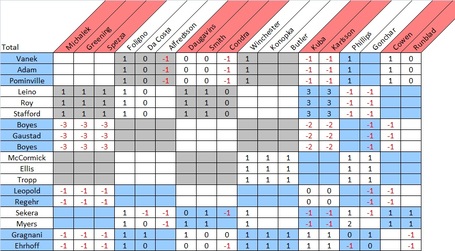