Thursday marked the second time in as many games that the Buffalo Sabres blew a two goal lead. Unlike Tuesday night, the Sabres managed to come back and win the hockey game.

This was not the type of game that Lindy Ruff likes to see his team play with numerous scoring chances at both ends of the rink. It was especially sloppy in the second period with Columbus pushing hard for the equalizer late in the period. Jhonas Enroth will not get much credit for the win, but he should. Jason Pominville will steal the spotlight with a pair of goals. 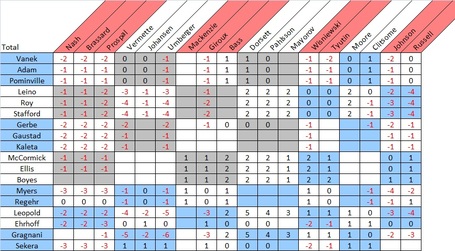