What looked like it was going to be a fun night turned into a nightmare for the Buffalo Sabres. An early surge gave the Sabres a 2-0 lead before some fans had even made their way to their seats. By the time they did reach their seats the momentum began to swing.

The Lightning roared back and played a solid second half to the first period. They were able to tie the game on a late goal that deflected off of Ehrhoff and behind Miller who started to cheat out front in anticipation for a scoring opportunity by the Lightning. It would easy to blame Miller for that goal because he vacated the post position but his anticipation of potential scoring chances is what makes him so good most of the time, this was a case of bad luck and not bad goaltending.

In all the Sabres played a pretty good hockey game. They out-chanced the Lightning by a significant margin and they out-shot them by an even wider margin. Last week the Sabres were dominated in Montreal and somehow came away with a victory. I would argue that Tuesday night was the hockey gods seeking retribution for that game. 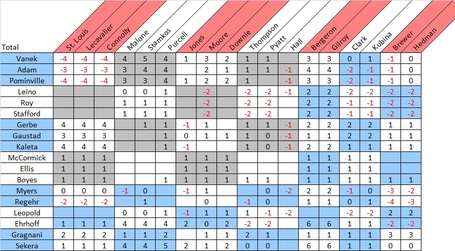