This was an ugly performance by the Buffalo Sabres but it still counts as two points in the standings. This is the first two points that Ryan Miller had to steal this season and he was spectacular along the way. That is a great sign for the Sabres this season. 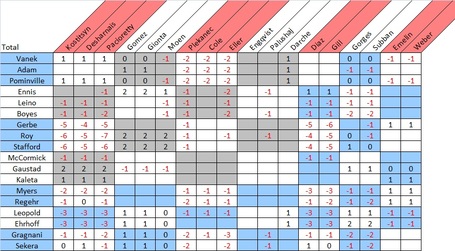