Late last season we started tracking scoring chances and it was met with approval from most of the die hard DBTBers. As promised, it is back this season. We were unable to track chances last weekend do to some technical difficulties but this weekends games were available.

This game was even throughout the contest and the chances reflect those numbers. The Sabres benefited from an early lead that allowed them to play with the lead throughout the game. This is a positive sign because the chances show the Sabres did not sit back and protect the lead, they continued to battle despite having played on Friday night. 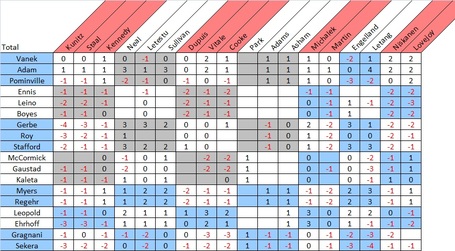