What is Clarke MacArthur Really Worth?

Share All sharing options for: What is Clarke MacArthur Really Worth? 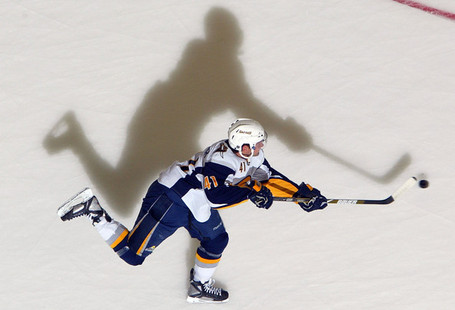 The General has elected to head to arbitration with the Buffalo Sabres.  When a player heads to arbitration, they need to be able to compare themselves to a group of players that they feel they compare to performance wise.  Where exactly does MacArthur fit into then?

This information all sets the stage for where an arbitrator can set the deal for MacArthur.  Looking at the surrounding players, a deal that settles around $1-1.2 million per year should be agreeable for both parties.

The next question is whether the Sabres can afford that kind of contract.  With roughly $47 million tied up into 15 players, MacArthur's million dollar contract should be small enough to fit into the lineup.  The Sabres have eight forwards under contract at the moment and still have to offer Drew Stafford as well.  Both Stafford and MacArthur should see the same type of contract with the only change coming in the length of the contract.