The Power of the 13th Pick

Share All sharing options for: The Power of the 13th Pick 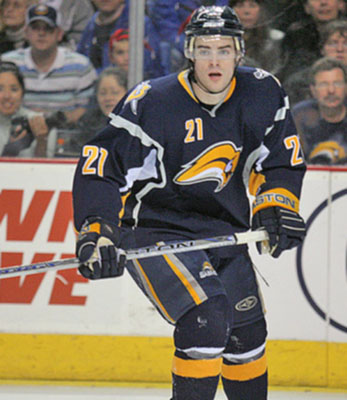 Scott Cullen came out with an article on TSN about a week ago as to how much value a first round pick has.  When it comes to the 13th pick, at most a team is to expect a player that would play in the NHL regularly.  Looking at this year's draft, that may not be such a bad thing with the talent that is possessed.

The Sabres have had the 13th pick recently though, in fact they picked 13th in 2004 and 2005, in which they have seen some success.  In 2004, the Sabres took Drew Stafford who is looking at becoming a well rounded forward and possibly a top-six forward in the coming years.  In 2005, the Sabres took Marek Zagrapan whose will now play in Russia as compared to the AHL again.

Following the jump, we will cover how powerful the 13th pick has been

In the past 16 years, the 13th pick has shown some good players coming out of it.  1994 had Mattias Ohland going to Vancouver.  Ohland played 688 games and scored 300 points.   1995 had Jean Sebastian Giguere, 97 had Dan Cleary, 2001 had Ales Hemsky, and 2003 had Alexander Semin. The average number of games played in the NHL coming out of the 13th pick is 228 and only five players have not played more than 100 games in the NHL including the last two draftees.

Its not saying that the 13th pick is not ripe for failure as well.  Not counting the Sabres choice of Zagrapan who will probably never see NHL ice, in 1998 and 1999, the Edmonton Oilers selected what could amount to two busts in Michael Henrich and Jani Rita.  Henrich was selected in 1998 and had what amounted to career years with the Barrie Colts of the OHL.  When he moved to the ECHL and AHL, it appears he just stumbled and never saw the ice for the Oilers.  In 1999, the Oilers selected Jani Rita, who played a total of 64 games and scored a total of 14 points.

In terms of being productive on the ice, the 13th pick has had some success as well.  The highest scoring player in the past fifteen years was Derek Morris who has 320 points at this point.  Ohland had 300 points, Cleary has 290, and Dustin Brown has 205.

Exactly what this all means for the 13th pick this year, really nothing.  The NHL Draft is a major crap shoot that some teams do better in than others.  All that we as fans can ask for is someone that is going to make an impact on the team at some point in the future.  The sooner the better but anything is better than nothing right?

*Stats come from daoust over at Pension Plan Puppets.