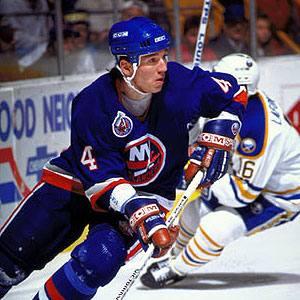 Krupp was an 11th round pick of the Sabres in the 1983 Draft.  He was the 223rd pick in the Draft.  Krupp was traded to the New York Islanders as a part of the deal that sent Pat Lafontaine to Buffalo.