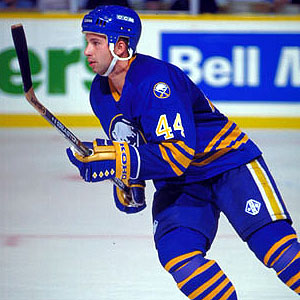 Zhitnik wore number four most likely for one game after his trade with the Los Angeles Kings.  That trade was Grant Fuhr, Denis Tsygurov, and Philippe Boucher for Zhitnik, Robb Stauber, Charlie Huddy and a fifth round pick.