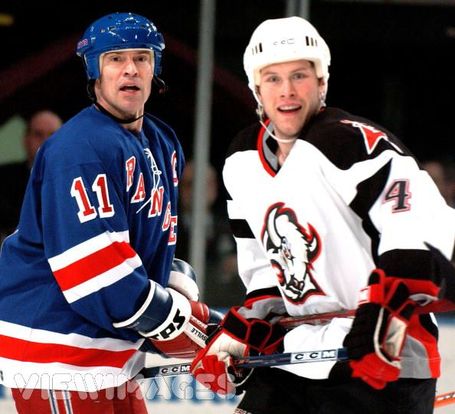 Brad Brown came to the Buffalo Sabres in the 2003-04 season in a trade with the Minnesota Wild.  The Sabres sent a fourth round pick in return.   Brown played 13 games with the Sabres recording 2 assists.  His career in the NHL started in the 1996 season with the Montreal Canadiens, the team he was drafted by.  Brown was an 18th overall pick in the 1994 draft.   He has played on five different teams, including the Sabres.  His NHL career ended with the lockout.  He was signed by the Toronto Maple Leafs on a tryout contract but never made the parent club, instead finishing out the contract with the Marlies.