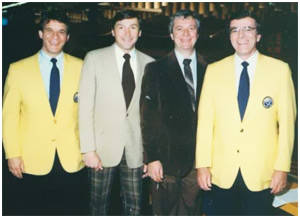 Robitaille played a total of 382 games with four different teams, Red Wings, Rangers, Sabres and Canucks.  During that time, he scored 23 goals and 128 points.  His career ended after being blindsided by Dennis Owchar of the Pittsburgh Penguins in 1977.

Robitaille now serves as a studio analyst for the Buffalo Sabres.  He started his analyst position in 1991 working alongside Brian Blessing on Hockey Hotline.  He now works alongside Kevin Sylvester during the Lexus Shootout.