Share All sharing options for: Tellqvist to the Sabres 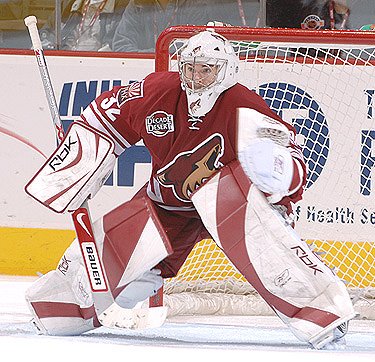 In probably the only move the Sabres make today, the Sabres have acquired Tellqvist from the Phoenix Coyotes for a fourth-round pick.  Tellqvist has played well and listening to Darren Pang, he sounds geniually excited for the deal.  In my eyes, it means one of two things: 1) Enroth really is not NHL caliber and they needed another backup for Lalime, 2) Miller's injury is really bad and they needed another viable goaltender.  I think in this case its a case of both.  Miller is going to be out for a while and Enroth needs to play in the AHL.

Its a good solid move for the Sabres, they got a good backup that they didn't have to pay too much for.  Ill take it.