A Breakdown of the April Schedule

Share All sharing options for: A Breakdown of the April Schedule 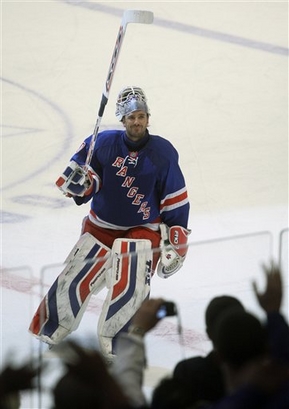 Before March, I wrote this piece on what the standings might look like at the end of March:

Breaking down the 4th-10th spots in the conference, this is what the conference could shake out to be at the end of March, point totals are as of 3/1 (tiebreakers are factored in):

Taking a quick look at the schedule, here's how those predictions ended up:

Buffalo and Philly played close to expectations while Carolina, Pittsburgh, and New York played above and Montreal and Florida played below.  The rest of the season hinges on a few games so lets take a look at what the month of April looks like for seeds 7-10.

The Rangers in seventh place have played much better since John Tortorella has come on as Rangers coach.  The Rangers play five games in the month of April between four teams.  All five games are against the Eastern Conference and all five games feature teams that are in the playoffs if the season were to end today.  Those five games are going to be crucial for the Rangers if either the ninth or tenth place teams are going to be making a charge.  Unfortunately, the Rangers expected winning percentage is .435 which gives them a record of 2-3 which is only good for 4 points.

The Panthers are desperate to make the playoffs this season just because they haven't been there in a handful of years.  On the surface, their schedule looks promising because they play a small majority of those games at home and those games are going to have a playoff like atmosphere.  They also play three games against opponents who are either out, two against Atlanta, or going to rest, the final game against Washington.  Those games themselves could be considered softer though as Sabres fans we know how tough Atlanta can play.  The Panthers should go 3-2 in their final five games.

The Sabres have that critical game in hand over all of their opponents in the month of April.  Unfortunately, they also play the second hardest schedule in the month of April.  With games against four division leaders and also four games on the road, the road ahead for the Sabres is going to be steep.  Their expected winning percentage for the month is .487, which gets them a record of 3-4.  For the Sabres to make the playoffs, they would need to outperform these estimates and go at least 5-2 in the month.  This team could probably do that, but they would need a fair amount of help along the way.