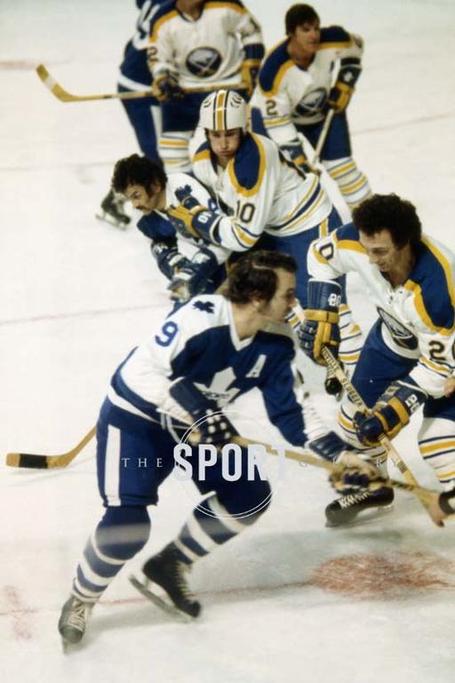 Tim Horton was a dynamic hockey player that played just two short years in Buffalo.  Horton established quite a career in the NHL before coming to the Sabres.  Horton played 23 seasons before signing on with the Sabres in the 1972-1973 season.  He won four Stanley Cups in his career and was known as a hard working "enforcer" type of defenseman.

Tim played for Sabres GM Punch Imlach while he was in Toronto and when Horton became available, Imlach picked him up for the Sabres.  Horton played 124 games with the Sabres scoring 1 goal and having 23 total points.  He died while playing with the Sabres after crashing his car on the QEW on his way home from a game in Toronto.  His number was retired by the Sabres in 1996.