Share All sharing options for: The Daily Roundup for 3/29 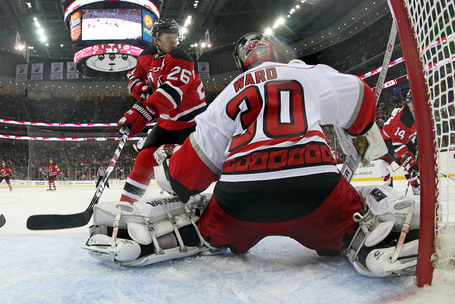 Game recaps from Shots off the Crossbar, The Willful Caboose, and Top Shelf.

Habs Eyes on the Prize and Dennis Kane have Canadiens reviews.

Bruins recaps from the Boston Globe and Boston Herald while Sports and the City has the Leafs recap.

Zach Hamill suffers an odd injury at the beginning of the season and how he has dealt with it all season with some other Bruins news and notes.

In Lou We Trust, Newark Star Ledger, and Fire and Ice all have Devils recaps while Canes Country, Raleigh News and Observer and Red and Black Hockey have Hurricanes recaps.

The Philly Inquirer has the Flyers recap while the Rivalry has the Islanders recap.

Pensburgh, The Confluence, and Hockeybuzz's Brian Metzer has the Penguins recap while Blueshirt Banter, The Dark Ranger, On The Rangers Beat, New York Daily News and Scotty Hockey all have the Rangers recap.

The Miami Herald has the Panthers recap while Defending Big D and Dallas Morning News have the Stars recap.

Is Jay Bouwmeester starting to get a little tired.