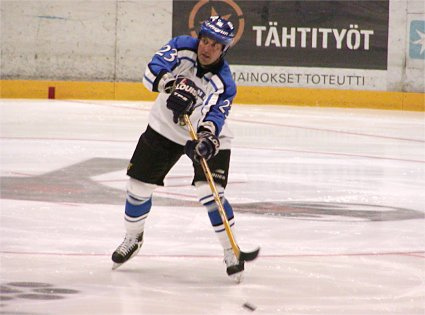 Virta never really took off in the States but established a fine career in Finland.  He played a total of 11 seasons for TPS Turku winning three league championships and was a five-time all star.  Virta now coaches his old team TPS Turku.

*Thanks to an astute reader, the above picture has been changed to reflect the correct player.