Share All sharing options for: Have Contract Extensions Killed This Sabres Season 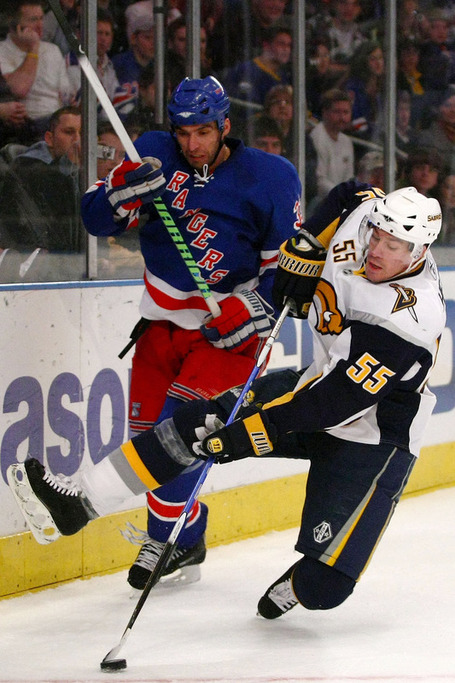 This year, Jochen Hecht was awarded a new contract in the summer while Jason Pominville was awarded a contract extension as well.  Their returns on this season were the worst performances they have had in their career.  Hecht has 22 points on the season through 63 games which is four points off of his career low of 26 points during his first season with the Sabres in 2002-03.  Hecht only played 49 games during that 2002-03 season while playing his 63 games here. 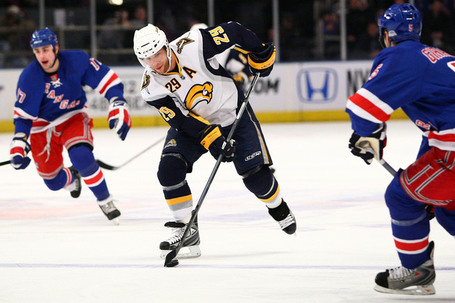 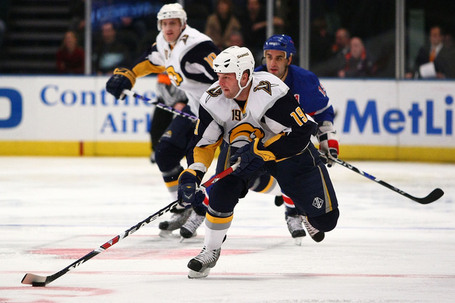 Connolly's signed contract extension during the season has actually shown the same sort of dropoff in production that Hecht and Pominville have shown as well.  Conolly has 13 goals and 33 points.  After Connolly signed the extension, he has a total of 2 goals and 5 assists.

Contract extensions don't always mean that the player will play terribly.  Ryan Miller signed his contract extension over the summer and was playing a career best before he was injured.  Miller's 2.50 GAA was the lowest over his four full-time season and his .919 SV% is his highest in those four years.

With the way that contracts are setup in the NHL, players are basically guaranteed the full contracts that they sign with their clubs.  Even if the team decides to buyout a player, they still have to take the hit on the cap and pay the player a prorated portion of that contract.  A certain type of mentality may not be able to handle the weight that is expected when a player is shown the extra cash.  The scary thought for Sabres fans is that the Sabres have committed $46 million in cap space to a salary cap that is looking to drop to about $55 million.  That $46 million is spread between 15 players leaving Andrej Sekera, Jaroslav Spacek, and Drew Stafford waiting on the outside without a payday themselves.  This team needs an adjustment and the way that the salaries are setup are probably not going to allow for that adjustment.