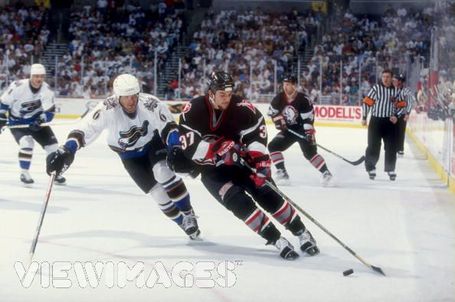 Calle Johansson was drafted 14th overall by the Buffalo Sabres in the 1985 Entry Draft.  He was a highly touted Swedish defenseman that had played extensively overseas before being drafted.  Johansson played a season and a half for the Sabres before he was traded to the Capitals for Clint Malarchuk, Grant Ledyard and a second and sixth round pick.

During his time as a Sabre, Johansson played a total of 118 games while scoring 6 goals and 55 points.  His rookie season, Johansson's 42 points got him named to the all-rookie team.

Johansson now is a color commentator for Canal+ doing both Eliteserian games and NHL games.