Share All sharing options for: The Daily Roundup for 3/13 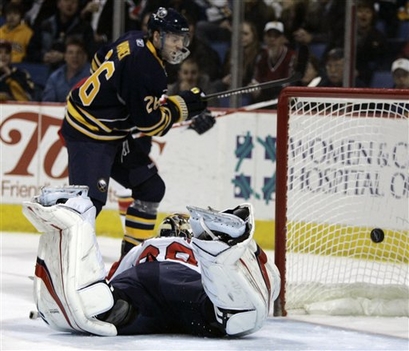 Side of Pork has some thoughts on the game last night

The Buffalo News has their recap as well.  For the losing side here is the reaction from the South Florida Sun Sentinel

The Miami Herald has Zednik's return covered and his thoughts about what happened.

The Canadiens get booed off the ice last night after their overtime loss to the Islanders. Lighthouse Hockey has the opposite side of the story.

Habs Eye on the Prize has some more thoughts on the game.

The Canadiens are in no hurry to find a replacement for Guy Carbonneau.

Pensburgh has the winning recap of the Penguins/Blue Jackets game while the Columbus Dispatch has the losing recap.

The New York Daily News has the winning recap from the Rangers/Predators game while On the Forecheck has the losing recap.

Defending Big D has the winning recap of the Stars/Hurricanes game while News and Observer has the losing recap.

Hockey Blog in Canada has some more thoughts on fighting.

Kevin Allen from the USA Today has a look at Team USA for the 2010 olympics and how it will probably have a younger feel.

WARNING:  This moment of zen borders on NSFW, I think.