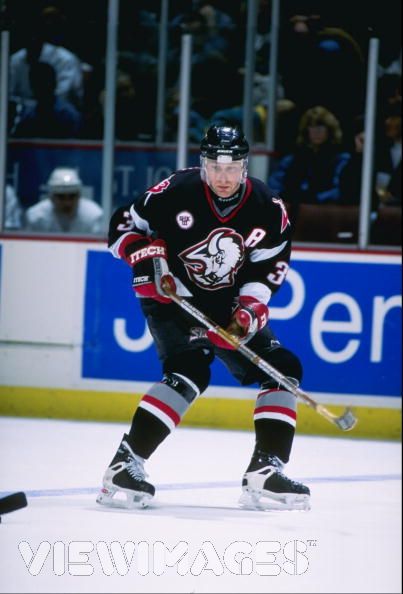 Garry Galley played two and a half seasons for the Sabres from 1994-1997.  Galley was traded to the Sabres for Petr Svoboda.   During that time, he played in 163 games and scored 10 goals and 97 points.

Galley's career started in the 1984-85 season with the Los Angeles Kings.  He played for the Kings until midway through the 1986-87 season where he was traded for Al Jensen. Besides the Kings and the Sabres, Galley has played for the Capitals, Bruins, Islanders, and Flyers.  He retired after the 2000-01 season.  Galley is now a sportscaster for the Team1200 in Ottawa and is a commentator on Sportsnet Senators games.