Share All sharing options for: The Daily Roundup for 3/12 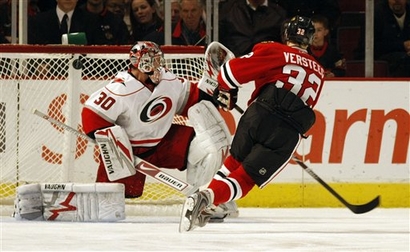 The standings didn't shift all that much with only one game in play.  The Hurricanes gained a point due to their shootout loss to the Blackhawks last night.