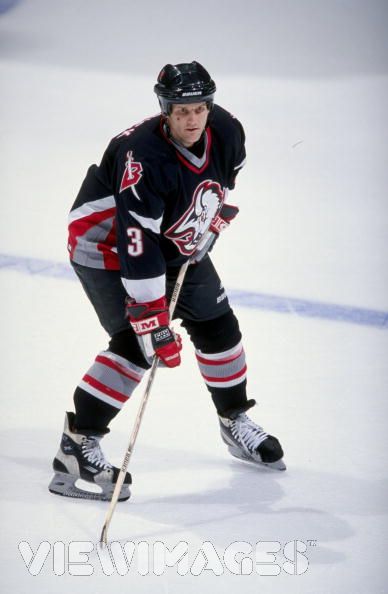 Today's Sabres player is James Patrick.  Patrick played for the Sabres from 1999-2004.  Patrick scored 23 goals and 51 assists in his six year career with the Sabres.  While Patrick was not a major threat on the offense, he played really well in the defensive zone.  Patrick was a +40 in six seasons and became a leader in the clubhouse before the lockout ended his playing career.

Patrick played a total of 21 seasons in the NHL, starting his career with the New York Rangers.  He also spent some time with the Hartford Whalers and the Calgary Flames.  Patrick signed on as a free agent with the Sabres in 1998.  For his career, Patrick scored 149 goals and had 639 points.  Patrick was also on the Canadian Olympic team in 1984.  Patrick currently serves as defensive coach for the Sabres.  He signed onto that position in 2005.