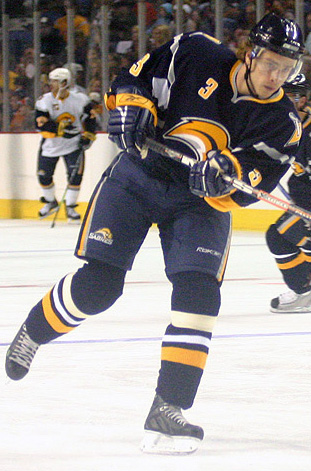 Michael Funk is a current prospect in the Sabres organization.  Funk started with the Sabres in the 2006-07 season, playing a total of five games with 2 assists.  He also appeared in four games during the 2007-08 season, not generating any points at all.  Funk is currently playing with the Portland Pirates and has not seen any action with the big club this year.  He has three points (one goal, two assists) on the season in a total of thirteen games.