For clarity on contentious issues, a good place to start is usually Buffalo, where the Sabres represent one of the more forward-thinking bunches in the NHL." - Globe and Mail 2/6/2009

The Sabres announced yesterday to the Buffalo News that they will reexamine the platinum level prices after not being able to draw full crowds at the current level.  At least they tried it in the first place. 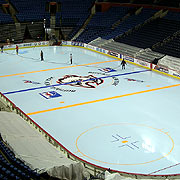 Since Tom Golisano and Larry Quinn bought the Buffalo Sabres back on March 19, 2003, the Sabres have not been afraid to change things to create a better on-ice and off-ice product.  During the lockout, invested their own money and tried new things to see if the product would be better for the fans when the league came out of the lockout.  That included a new design of goal posts that were rounded instead of square.  The belief behind them was that the puck would be more apt to bounce in the net rather than out and increase scoring.  They also changed the color of the ice to a light blue to see if it would project better on television. 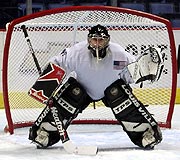 When the 2005 season started, the Sabres used the variable pricing scheme to try and lure fans back into the arena after the lockout.  This was to maximize the profits that could be obtained based on the likelihood that a fan would buy a specific ticket.

The Sabres have always need to think one level above to be able to compete with the major market teams in New York and Toronto.  They have been able to do that with trying to market creatively and come up with new concepts that actually work.  Granted ownership has had its struggles in the eyes of the fans but they also try and improve the game.