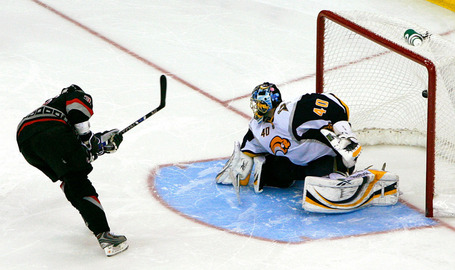 The Roost has some feelings about last night's game.

Scotty Hockey has a recap of the Rangers/Panthers game from last night.

Travis from Broad Street Hockey questions whether Bouwmeester would be a good fit on the Flyers.

Steve Begin has been traded for Doug Janik.

Marty Brodeur pitches the shutout in his return back.

Paul Kelly's feelings on how the economy will effect the NHL.

The CBC looks at fighting after the death of an Ontario hockey player.

The Vancouver Province takes a look at the Tampa Bay franchise.

Two games tonight that affect the playoff race, Montreal at Philadelphia at 7 pm and Pittsburgh at Chicago at 8:30 pm.