Share All sharing options for: The Daily Roundup for 2/23 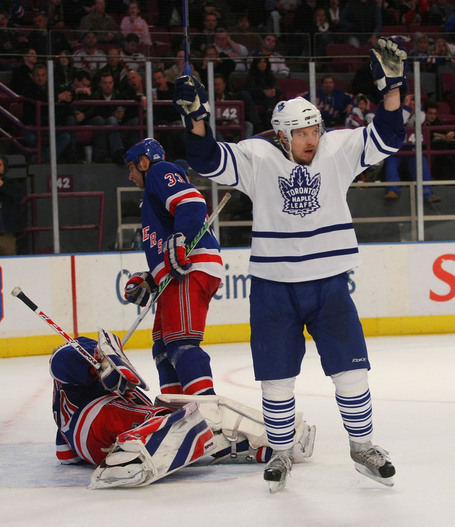 The Buffalo News has a good piece on how Miller's ankle could be a lot worse than we expect.

Ed Moran from the Philly Daily News feels that the Flyers have no need for Bouwmeester and shouldn't sniff near.

Sportsnet has a recap of the Leafs/Rangers game.

The Panthers are starting to gain more confidence.

Behind the scenes of the kiss cam in Nashville.

Terry Frei of the Denver Post rails the media, mainstream and blogger alike, on their out of control trade rumors.  Are you listening Dwayne?

Quick note halfway down from Bucky, Pierre McGuire might become the Penguins coach next season.  Hockey fans around the country rejoice.