Share All sharing options for: The Daily Roundup for 2/22 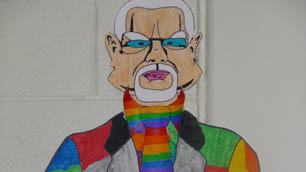 The Willful Caboose has some good thoughts about the Sabres play as of late.

The Boston Globe put out a good piece on why we overreacted to Mike Milbury called Tim Connolly a "self-centered dink."  There are other things as well.

The Buffalo News has reactions on how bad the Sabres penalty killing has been as of late.

The Other Playoff Foes

Goal Line Report, a Rangers blog, has some thoughts on how the Rangers can be successful in their "new" season.

Canes Country has a recap of their 4-1 win over the Lightning last night.

Habs Eyes on the Prize has a good recap of the Montreal media's blowup over the Kostitsyn issue from yesterday.

Sportsnet has a recap of deadline deals that led to a Stanley Cup.

Scott Cullen of TSN has a review of how valuable draft picks are.

It looks to be a possibility that the Hurricanes will be hosting the 2013 All-Star game.  It would be nice if the Sabres could ever host another one again but we know that won't happen.

CBC has a look at some of the best rivalries in hockey.

Bird Watchers Anonymous goes off on Eklund about what appears to be his double standard.

The Boston Globe decides if Erik Cole would be a good fit in Boston.

Sens Army Blog has reaction to the Comrie/McAmmond trade

Lord Stanley's Blog has reaction from Tim Conboy, the only Albany River Rat not on the bus incident.

With Carolina's win last night, they have moved within one point of striking distance to get into the playoffs.  Many teams in the hunt are playing today.  Philly takes on Pittsburgh at 1 pm, the Senators take on Montreal at 3 pm, Florida takes on Boston at 7pm, and we take on the Rangers at 7 pm.